Service au Sahel Tchad, working with the Provincial representative of the Ministry of Youth and Sport in the Bahr el Gazel, launched a one-week computer training class for the young people involved in different associations.

The ceremony took place at the House of Culture in Moussoro. This video was taken by the National Office of Audiovisual Media (ONAMA) et published during the evening news on 20 July 2020.

In January 2020 the association, in partnership with the regional federation of animal farmers from the Bahr el Gazel, and with the technical support of the Ministry of Animal Husbandry, gave a training on animal health.

The videos are available on the following Youtube playlist:

The videos were done in the local language, Dazaga, also called Goran.

A dental health training and clinic was held at the provincial hospital in Moussoro, Bahr el Gazel from November 1 – 8.

The training started with two days of theory: the anatomy of teeth and gums and nerves along with the uses of explorers and forceps and elevators. After learning the theory, seven local men began seeing their first patients.

Their first attempts took a long time: some teeth broke partially as they learned how much force to apply and how best to gain leverage. As the week went on, they increased in skill and confidence. By mid-week, they were needing tools faster than they could be sterilized, and had to slow down. By the end of the week the men had gotten into a rhythm and could skillfully extract even the most stubborn molars.

We were slightly worried about having enough patients during the week because the local radio station wasn’t working and so we didn’t have an easy way to publicize what we were doing. But we needn’t have been worried—good news travels fast and we had more patients by the end of the week than we had time to treat.

At the end of the week we held a ceremony to give out certificates to the seven men who had completed the training. Dental instruments were given either to one man or to pairs of men who were working in the same place. During that ceremony, the representative of the Health Minister said the following:

“Having trained dental personnel in Moussoro is like ‘taking a big thorn’ out of the flesh of the people of Moussoro.”

Representative of the Health Minister

And the initial feedback we’ve gotten has confirmed this. One doctor who was trained called to say “thank you thank you thank you”. “I’ve just arrived and the people of Michemire [105km west of Moussoro] are so thankful that I can pull teeth. Before they used to have to travel for help.” Finally, a friend of mine overheard someone saying “the international NGOs who are here are very busy but we don’t know what they’re doing all the time. You guys have done something concrete by helping pull our rotten teeth.” 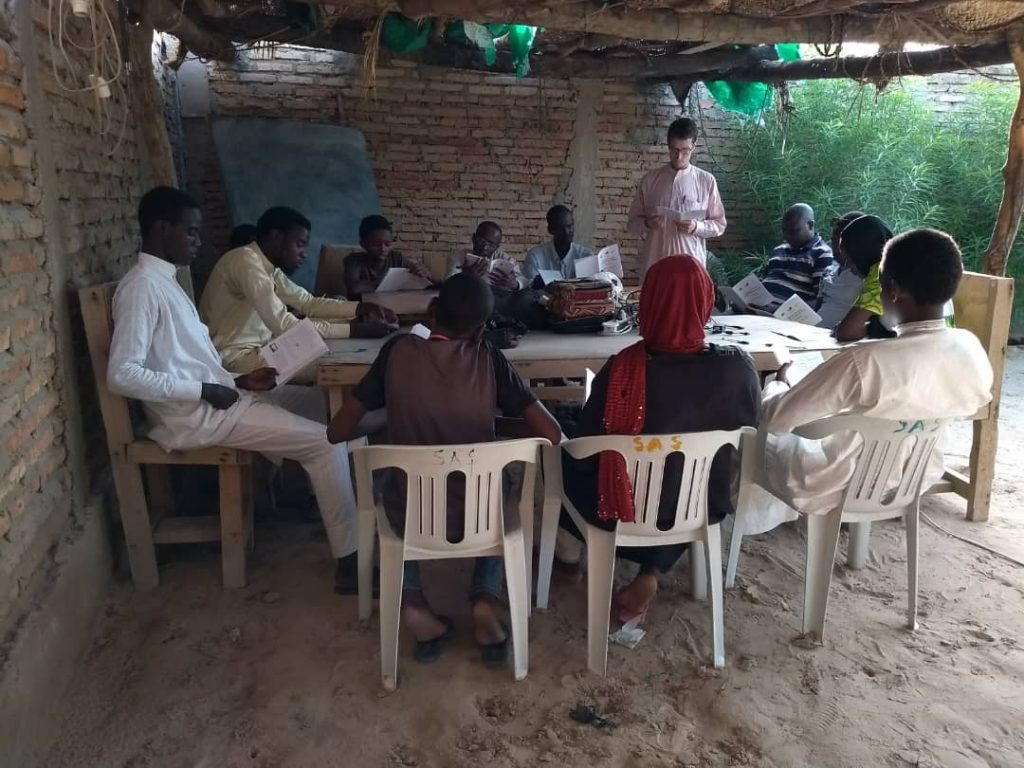 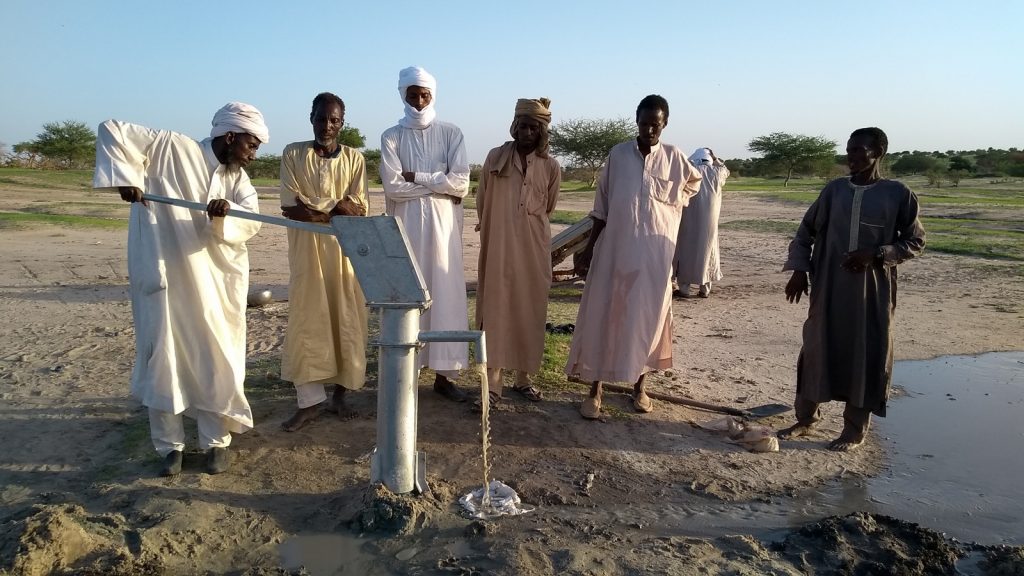 Moussoro is a town of about 50,000 people on the edge of the Sahara desert.  Service au Sahel has taught computer classes in Moussoro since 2010 through a partnership with a local association.  While teaching those computer classes, one of Service au Sahel’s teachers found out that there was no accessible map of the city of Moussoro.

So with the help of his computer students, they made this map of Moussoro with the neighborhoods roughly in the right spot. 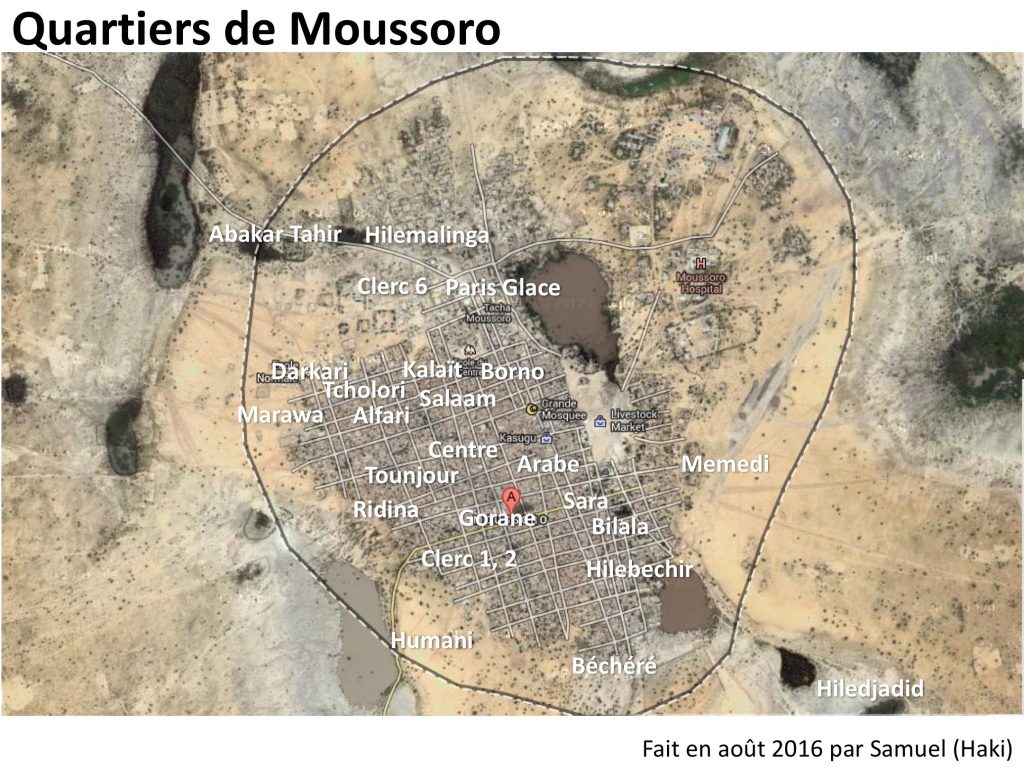 Three people finished a 30 hour English course based on the “Oxford New Headway Plus Beginner” curriculum.  The course focused on listening, writing, speaking, and reading.